Since 1980, the ETV Endowment has proudly supported a 10-week paid summer internship for college students who wish to explore a career in media. ETV Endowment interns are able to gain hands-on experience researching, developing, writing and producing their own stories while working alongside SCETV and SC Public Radio talent.

For Laura-Ellen Adair, a 2019 Endowment intern, SCETV is a family affair. Growing up in Columbia she remembers her entire family enjoying SCETV’s coverage of the Governor’s Carolighting, an event organized by her grandfather for more than 20 years. She watched SCETV PBS KIDS in elementary school, saying shows such as Arthur helped her deal with social and family situations and learn how to treat others.

Laura-Ellen, a filmmaking major at the University of North Carolina School of the Arts, learned the ins and outs of documentary filmmaking this summer working with Tabitha Safdi at SCETV. “Filming and editing a documentary based series is a lot different than filming and editing something scripted,” she said.  “Instead of spending hours fabricating something that isn’t really there, you are filming and showcasing real people and the real world we live in. You don’t find the story right away; instead, it finds you along the way. It’s more organic than anything I’ve ever worked on before.”

Her favorite assignment of the summer was visiting the old city jail and Magnolia Cemetery in Charleston for a Palmetto Scene story. Coverage of local attractions like these are why Laura-Ellen believes SCETV is so valuable to South Carolina. “This summer my team and I have been serving the community by featuring small-town restaurants that may not have had the chance to be online or on television otherwise,” she said. “With the SCETV website everyone in the state and beyond can experience how great the people and places of South Carolina are. It’s simply a treasure to be able to share local stories and help connect the people of South Carolina.” 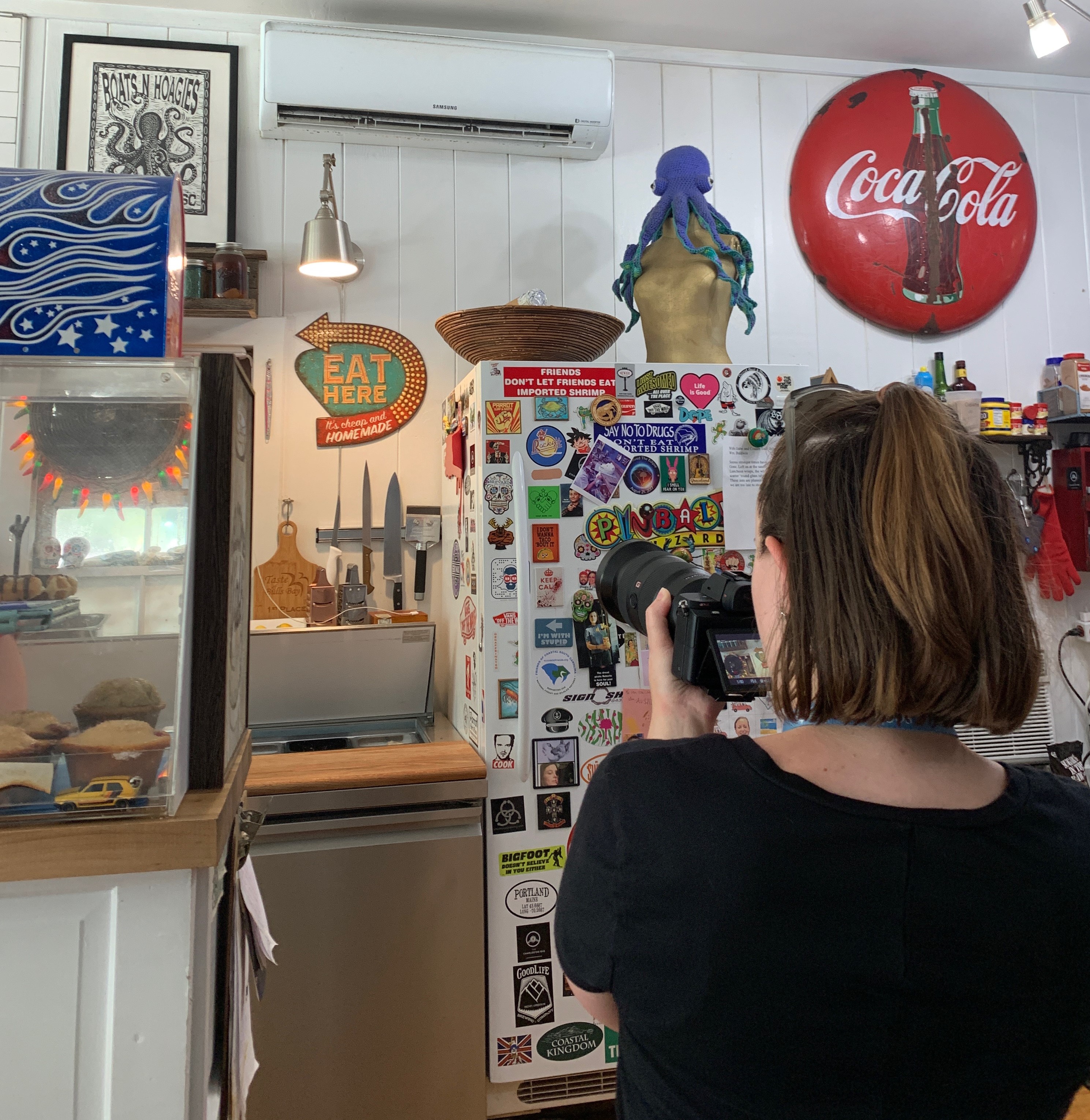 “I would absolutely recommend this internship to journalism and digital media students alike. It allows you to be involved in the planning and execution of stories that will go online or on television. I was given a lot of freedom to work and treated like another member of the team.”